The N-word Comes to Emerson

Excitement wavers. The assembled include fourteen middle-aged white women, three grey-haired white men, and a trio of young women of color: a cross-section of the Boston theater community, to be sure, but hardly the cross-section of this city I had hoped for. Nametags. Introductions. Snacks. Vandy, our graduate-student facilitator, introduces the play. She delivers what I suppose is a trigger warning: the N-word is used extensively. Then she tells us that we must substitute the term, ‘N-word’ wherever the actual word appears because, “we don’t possess the agency to use that term.”

Perplexed. We have gathered to read aloud and discuss a script about people of color in the prison system in order to better appreciate the actual performance later this month. We will read another character’s words, not express ourselves. Yet we are directed to substitute one particular, potent word every time it occurs.

Perturbed. F-word, B-word, the script is littered with words I do not say or write in my own life. The street grammar is likely foreign to most of us, yet I appreciate how readers sustain a cadence, seek the art in the words. Until, of course, the N-word pops up, and rhythm falters. One woman inadvertently reads through it, and then feels compelled to apologize. Prohibition exaggerates the power of the word we are forbidden to say.

Angry. Who is this facilitator to declare we lack agency, and then unilaterally remove our agency? The power of live theater is the visceral connection between actors and audience; more immediate, more intimate, than anything filtered by a screen. Paul Fallon has no business uttering the N-word, but am I Paul Fallon when I’m reading a part? Can I only read lines that mirror my actual life? I cannot be complicit; I don’t volunteer to read.

Heartbeat settles. The vignettes of the play slip past; I’m preoccupied, anticipating the next N-word. My neighbor possesses a silver voice. Every syllable, whether sanctioned or verboten, flows smooth off her tongue. I wonder what she thinks: that a White facilitator forbid her Black lips from pronouncing a noun she is clearly allowed to say. 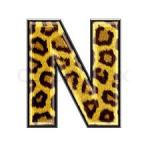 Break time. “May I ask you a question?” I turn to my neighbor. She nods. “What do you think of the facilitator’s position on the N-word?” I try to phrase it without judgment. “I was surprised that she didn’t give us the option of saying it.” Turns out, this woman has participated in similar sessions before. She waves over Kevin Becerra, Artistic Engagement Manager. He clarifies that Emerson College made this decision in response to concerns raised during discussions of last year’s, The White Card. Yes, Liza Kessie Peterson is aware that reading groups are discussing her script. No, she did not dictate that they edit the N-word.

Meditation. I appreciate that groups of people—identities—want to ‘own’ specific elements of their culture, even though, as a white guy, I don’t share that need. The dominant culture is mine. However, as a gay man, I value the power of claiming something denied others. I am allowed to say ‘faggot’; straight people cannot. I don’t pretend to know what it feels like to be Liza Kessie Peterson, or any of her characters. That’s why I’m here: to explore the chasm, to respect our differences, to seek our commonality.

The hostilities I encounter as a gay man cannot compare with those endured by Black people; my identity does not envelop my exterior. Nevertheless, when I write the word ‘faggot’ I trust the reader will absorb that word as best she can. He will lean toward my perspective. If she reads my words out loud, I expect he will pronounce every one. Not because she owns them. But because, in scribing my words, I loan them to him. We enter a tacit agreement that she can try, however insufficiently, however fleeting, to feel the pain, as well as the power. What a shame that ArtsEmerson decided to invite readers to explore a play deeply, and censure us.

Greetings reader. I am a writer, architect, cyclist and father from Cambridge, MA. My primary blog, theawkwardpose.com is an archive of all my published writing. The title refers to a sequence of three yoga positions that increase focus and build strength by shifting the body’s center of gravity. The objective is balance without stability. My writing addresses opposing tension in our world, and my attempt to find balance through understanding that opposition. During 2015-2106 I am cycling through all 48 mainland United States and asking the question "How will we live tomorrow?" That journey is chronicled in a dedicated blog, www.howwillwelivetomorrw.com, that includes personal writing related to my adventure as well as others' responses to my question. Thank you for visiting.
View all posts by paulefallon →
This entry was posted in A Soft Landing, Personal and tagged ArtsEmerson, Emerson College, N-word, Peculiar Patriot. Bookmark the permalink.

4 Responses to The N-word Comes to Emerson