This is the first in the series, A Soft Landing, which explores how we might achieve a more just, equitable society without violent revolution.

It’s been almost eight years since I started this blog, ostensibly about yoga, though in fact about balancing tension in every aspect of life; almost five years since I completed my work in Haiti; almost two since I stopped pedaling all over the continental United States. Since returning home, I chronicled that journey in blog, book and on stage. Then I took a summer hiatus. The most frequent question folks ask me is: What next? Same question I’ve asked myself.

While I explored our world in unconventional ways, the world itself changed. Climate change is no longer theoretical, #BlackLivesMatter, so does #MeToo, and Donald Trump flipped our politics on its head. While I enjoyed sharing my talents and ideas with generous souls throughout Haiti and the Untied States, our nation took a sharp turn against the rest of the world. We no longer want ‘your tired, your poor, your huddled masses yearning to be free.’ We are mean. 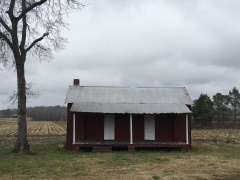 And so, what’s next for me is, in my own small way, to counter the monumental meanness of our government, our economy, and our institutions; to dispel the media’s centrifugal spin that separates us into constituent parts; to voice the fundamental goodness of our people.

Revolution is in the air. Not the hotheaded, inner city, college campus, 1960’s revolution of my adolescence that never managed to infect Nixon’s ‘silent majority.’ The seeds of revolution today are wider spread. Minorities and majority alike are unrepresented and disenfranchised. Trump’s ascendance is a peculiar, though necessary step in that revolution: a heaving gasp by white men of power to maintain control by throttling down on everyone else.

There are only two fundamental questions regarding the upcoming revolution.

First, how long before it takes hold? Will it take a mere election cycle, stretch over a generation, or maybe even take a century? As the demographics of power and money continue to shrink, their insistence for influence will ever expand. I don’t pretend to predict when the tipping point will occur.

Second, and more important, is whether this revolution will mark an evolutionary milestone in the human species. Will women and people of color simply invert the traditional power paradigm, as white guys in the colonies did over England’s King George III, or Germany’s National Socialists did over the Weimar Republic, or Cambodia’s Khmer Rouge did over Marshall Non Lol? Can this revolution transcend a mere power flip, can it mark the turning point that allocates power in a broader way than history has ever known?

As a Steven Pinker devotee (Angels of Our Better Nature) I believe that humans are, in aggregate, becoming less violent, more cooperative over time. However, I’m afraid Professor Pinker’s hyper-rational approach shortchanges the idiosyncrasies of human behavior; our incessant thirst for drama, even chaos. Despite our prayers for peace, we clamor for war. Can humans calmly shift power to a wider array? Can we actually spread resources and influence across such a broad spectrum that everyone feels empowered? Can we emerge from these turbulent times with a soft landing.

A soft landing will require new political, economic, and social perspectives. It will begin by recognizing that 300 years of technological development and selective democracy have created adequate resources and wealth for all humans, even as we have failed to distribute that wealth with equity or justice. It will acknowledge that the challenges facing our planet cross national boundaries, and so we must share responsibilities across those boundaries. Yet, a soft landing will also support our tribal identities: the families, communities, languages, and customs that define the full spectrum of humanity. It will find a way to celebrate ‘us’ without denigrating ‘them.’

Human nature bends towards each individual’s self interest. A soft landing does not deny that nature. Rather, it expands it. Only after we can operate beyond the security of the next paycheck, the quarterly statement, and the annual dividend, can we define our self-interest in the longest possible timeframe. Only at that distance, can we understand that our self-interest aligns with our neighbor next door, and our neighbor beyond the sea.

This will not be easy. History is littered with noble ideals twisted beyond recognition in their execution: France’s Reign of Terror, China’s Cultural Revolution. We will not get it right this round, or the next, or the next. Which is fine. Humans are better at striving than arriving. 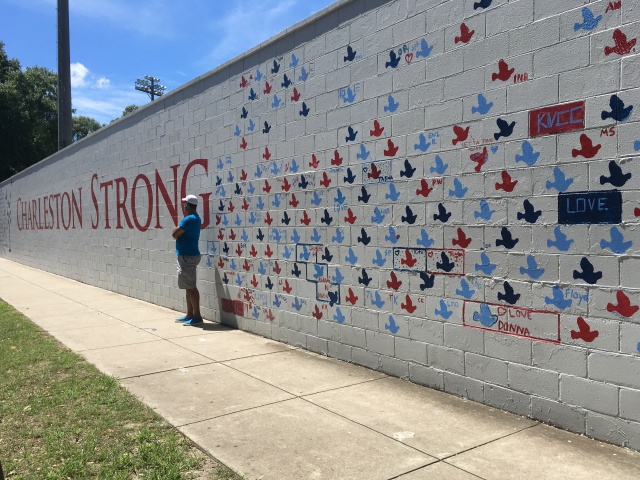 Over the next year I will toss out ideas about how we might achieve a soft landing. As a guy who’s graduated from day-to-day concerns, the ideas are long-range and intentionally provocative. We need a new Constitution, impact taxes, economic measures rooted in balance, and revamped education. I’m not concerned about ‘why’ we need a revolution: the inequities of our world mandate it. Nor am I concerned about the ‘how’ of implementation. I want to spark dialogue about ‘what’ we ought to do to transform the existing order, skewed to the few, into a new world that benefits the many.

Greetings reader. I am a writer, architect, cyclist and father from Cambridge, MA. My primary blog, theawkwardpose.com is an archive of all my published writing. The title refers to a sequence of three yoga positions that increase focus and build strength by shifting the body’s center of gravity. The objective is balance without stability. My writing addresses opposing tension in our world, and my attempt to find balance through understanding that opposition. During 2015-2106 I am cycling through all 48 mainland United States and asking the question "How will we live tomorrow?" That journey is chronicled in a dedicated blog, www.howwillwelivetomorrw.com, that includes personal writing related to my adventure as well as others' responses to my question. Thank you for visiting.
View all posts by paulefallon →
This entry was posted in A Soft Landing. Bookmark the permalink.

4 Responses to A Soft Landing