The Awkward Poser does not stump for any particular candidate; my politics are too idealistic to descend into that fray. But I am a strong advocate for anything that strengthens the underlying principles of democracy: civic participation and robust, informed voting. In that spirit I hope that all Americans will vote this November 3—and that everyone in Massachusetts will vote ‘Yes’ on Question 2: Ranked Choice Voting. 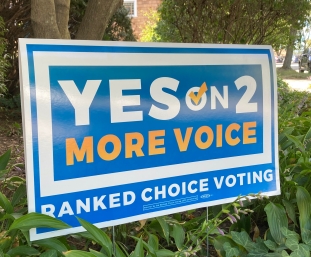 Ranked Choice Voting is exactly as it sounds: instead of voting for only one candidate running for a particular office, each voter has the opportunity to rank as many choices as she wants (first, second, third). If no one in a multi-candidate election receives a clear majority of number 1’s: the number of 2’s, 3’s, etc. are proportionately accounted such that the person with the highest total ‘ranked choice’ is the winner.

Advocates of ranked choice voting claim that it helps curb the influence of special interests, enables greater participation of independent candidates, and helps to elect candidates who best represent the full populace. Detractors say it is overly complicated and confusing.

I fall firmly in the first camp for one simple reason. For over thirty years I have lived in a city that uses a form of ranked choice (proportional representation) and have witnessed the benefits of living in a community where people are invested in electing their officials. 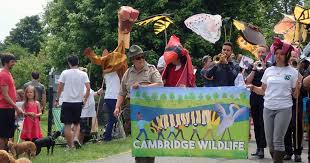 Across the United States, 45 percent of all local and state elected officials run unopposed. The percent of competition in primaries, where voter turnout can tally below 4%., is miniscule. Cambridge, Massachusetts presents quite a different picture. In 2019, twenty-one candidates ran for nine City Council seats; eleven people ran to be on the six-member School Committee. Aspirants run active campaigns, videotape pleas on local CCTV, and plant yard signs galore. One local political junkie hosts a build-your-own-ballot website (cambridgecouncilcandidates.com) that enables voters to find the cocktail of candidates that most closely fit their personal agenda.

As a longtime Cambridge resident, I am accustomed to the guffaws of practically everyone who resides beyond the seven square miles of our People’s Republic. It’s easy to poke fun at our immense public education budget, our Smokey Bear attired park rangers, our Peace Commissioner. The place is certainly guilty of being precious. Yet, how many cities of 105,000 residents can boast of having over 130,000 jobs? A median family income north of $125,000 per year? A pre-pandemic unemployment rate below 2%? And not one, but two of the world’s most prestigious universities? It must be easy, you say, to have honest and generous government under such fantasy conditions.

But what if we flip that argument on its head? What if the bubble of benefits that constitutes life in Cambridge is due, at least in part, from having an electoral system that challenges and engages our citizens? A system that leads to fair elections, in which people feel heard, and elect local officials whom we believe represent. 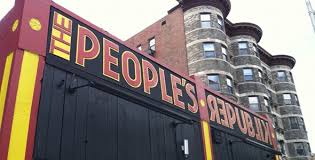 Let’s extend that logic to our entire state. Massachusetts voters are fully capable of understanding and executing ranked choice voting. Once we begin to realize the benefits of this fairer electoral system, I am confident that we will see participation among voters—and candidates—increase. That may not be in the best interests of today’s vested politicians. But it is in the best interest of democracy.

Greetings reader. I am a writer, architect, cyclist and father from Cambridge, MA. My primary blog, theawkwardpose.com is an archive of all my published writing. The title refers to a sequence of three yoga positions that increase focus and build strength by shifting the body’s center of gravity. The objective is balance without stability. My writing addresses opposing tension in our world, and my attempt to find balance through understanding that opposition. During 2015-2106 I am cycling through all 48 mainland United States and asking the question "How will we live tomorrow?" That journey is chronicled in a dedicated blog, www.howwillwelivetomorrw.com, that includes personal writing related to my adventure as well as others' responses to my question. Thank you for visiting.
View all posts by paulefallon →
This entry was posted in United States and tagged City of Cambridge, democracy, fair elections Ballot Questions, Massachusetts Ballot Questions, Ranked Choice Voting. Bookmark the permalink.

2 Responses to Vote Yes on 2