Four years ago this month I sat out the afternoon sun in a Mexican cantina in Postville, Iowa, gorging on $6.95 fajitas and scrolling through the websites of the folks running for President. On Flag Day 2016, I asked each of them my question, ‘How Will We Live Tomorrow?’

None of the candidates responded that day. Or any other day. There was no political upside to the speculation my question required. 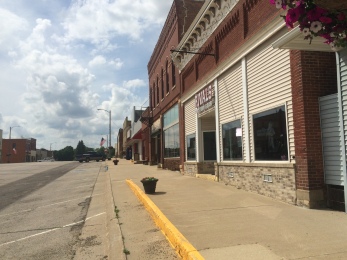 The basic gestalt of Postville, Iowa in the summer of 2015 was this: there are too many candidates, none of them are terrific, and besides it doesn’t much matter. In that not-so-long-ago era when the march to globalism seemed inevitable, we thought the economic juggernaut of US-China and our tag-along nations was more important in determining the state of our world than who occupied the White House. Clearly, being President had lost status: we already had a Black President; now we might even get a woman.

While no one paid much attention, the field of candidates got whittled to two; neither of which anyone much liked. One was the ultimate insider with a long public track record to ridicule, who appeared anointed by her party without requisite effort. The other portrayed himself an outsider, kept his track record out of view, and apparently rose from nowhere to command his party. 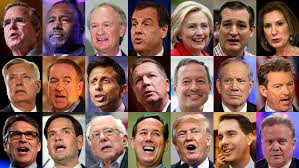 we knew, even then, this guy was not a straight shooter; he was provocatively amusing. And he was a man: a white man. Since we didn’t much think that who was President mattered, we voted for the guy who dominated the media by denouncing it, and we got exactly what he promised. No matter what you think of the last few years, they haven’t been boring.

Four years on we find ourselves in essentially the same boat. There are too many candidates; none of them appear all that good. A few things have changed. This time round it’s the Republicans whose candidate is anointed, while the Democrats shuffle a huge field of potentiates. And anybody whose even half-awake has realized, hey, the President still wields power. The power to skew the Supreme Court to unequal protection; the power to destabilize relations with long standing allies; the power to own the news cycle through endless agitation, accusations, threats, and counter threats supported by imagined truths, half-truths and outright lies. 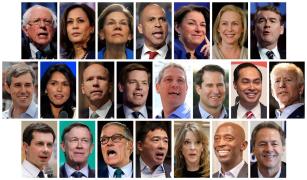 Four years later, it’s easy to see how 2020 could produce a similar outcome as 2016, with the last-Democrat-standing facing the withering assault of an incumbent capable of anything. Or, we can make it play out differently. Will we, the electorate, pay attention sooner? Will we select at least one candidate for President based on his or her plausible vision for tomorrow? Will we then follow through by electing someone with a message of cooperative hope rather than divisive fear? Time will tell.

Be informed. The first round of Democratic Party debates will be held on Wednesday June 26 and Thursday June 27 on NBC.

Greetings reader. I am a writer, architect, cyclist and father from Cambridge, MA. My primary blog, theawkwardpose.com is an archive of all my published writing. The title refers to a sequence of three yoga positions that increase focus and build strength by shifting the body’s center of gravity. The objective is balance without stability. My writing addresses opposing tension in our world, and my attempt to find balance through understanding that opposition. During 2015-2106 I am cycling through all 48 mainland United States and asking the question "How will we live tomorrow?" That journey is chronicled in a dedicated blog, www.howwillwelivetomorrw.com, that includes personal writing related to my adventure as well as others' responses to my question. Thank you for visiting.
View all posts by paulefallon →
This entry was posted in How Will We Live Tomorrow?, United States and tagged 2016 Presidential election, 2019 Democratic debates, 2020 Presidential election, Postville IA. Bookmark the permalink.

2 Responses to Four Years On